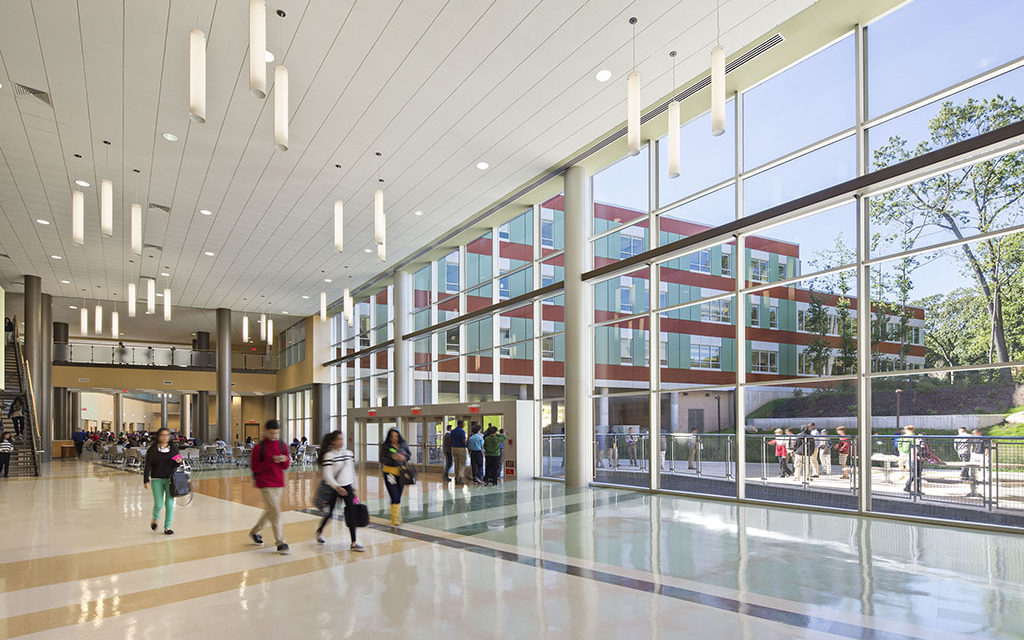 The school’s large commons area brings together students from the 3 magnet programs and provides a direct connection to the landscape. Credit: © Robert Benson

A transformational approach to sustainability looks beyond green features and efficient systems toward broader social and economic considerations. JCJ Architecture’s approach to the design of the Fairchild Wheeler Interdistrict Magnet Campus (FWiMC) is an example of a LEED Gold project and a case study for leveraging resources and promoting sustainability across multiple dimensions.

Bridgeport, Connecticut, a highly urbanized, post-industrial city, sits within one of the most economically unequal counties in the nation. In 2003, Bridgeport’s school system consisted of approximately 20,800 students, making it among the state’s largest school districts. Issues of increasing enrollment, low graduation rates, a widening achievement gap, aging building stock and increasing economic isolation confronted the district and the city.

Into this mix stepped a small group of educators who proposed utilizing a rigorous STEM curriculum to create dynamic educational experiences and expanded opportunities for high school students. Initial planning for what became the FWiMC began in 2003; the project was completed and opened in 2013. 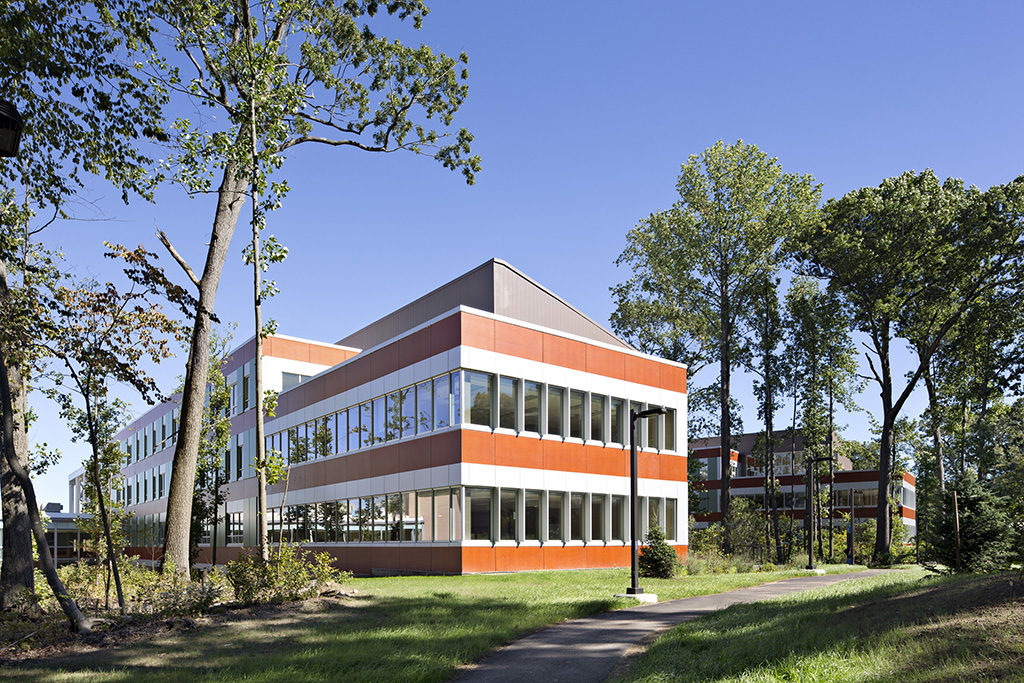 FWiMC‘s development was the catalyst for revitalization of 100 acres of derelict parkland located at the northern edge of the city. With few suitable sites available in Bridgeport, JCJ Architecture developed a plan that would accommodate the school within the Fairchild Wheeler Park and restore the lush, green space as a civic resource to the community. By minimizing the building footprint, limiting impervious surfaces and eliminating the need for athletic fields, over 75% of the site was left intact as undeveloped green space. Trees were preserved between the classroom wings, rain gardens and wetlands were constructed, existing wetlands were preserved, indigenous plants were added and walking trails were repaired. 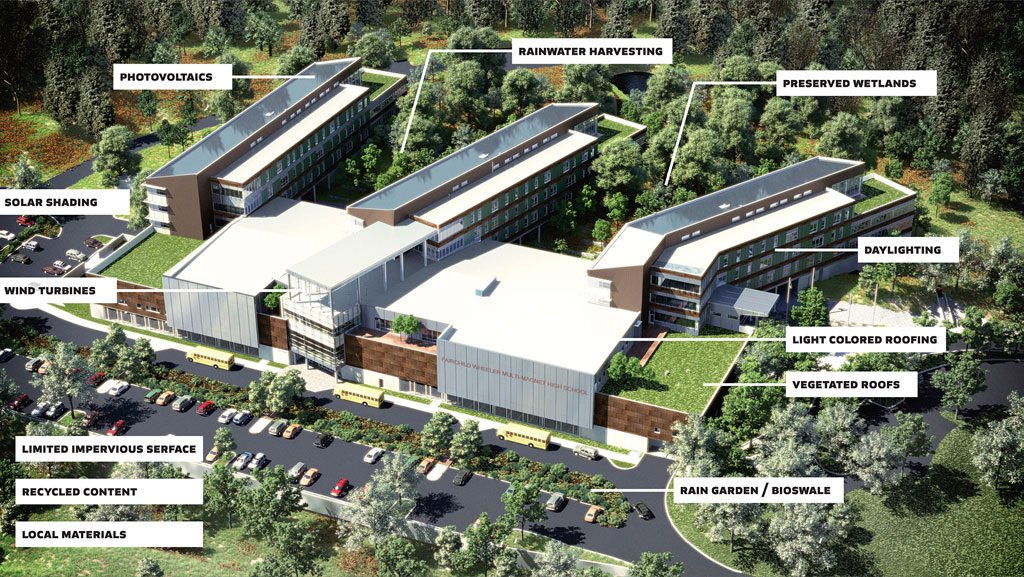 Caption: Some of the green and sustainable features that contributed to LEED Gold certification. Credit: © Robert Benson

Understanding that the city’s existing educational model was falling short and that many Bridgeport students currently lacked the skills and abilities needed to find full employment, the school’s advocates envisioned a school that would address racial and economic isolation in the region and create opportunity based on 21st century learning principles. These educators sought out interaction and collaboration with regional institutions and industries; together they developed a curriculum that would connect students with the growing potential of STEM disciplines and the skills to maximize their personal potential. This collaboration – combined with a dynamic campus and a group of accomplished teachers and administrators – was key to developing a place where students were able to excel.

In 2016, FWiMC graduated its first class and achieved a graduation rate of 98%, far surpassing traditional graduation rates for urban districts in general and Bridgeport in particular. Having enrolled as 10th graders, in three short years a remarkable number of students went from performing below grade level and possessing few 21st century skills to earning their degree and having the skills to either immediately enter full employment or pursue a higher education. 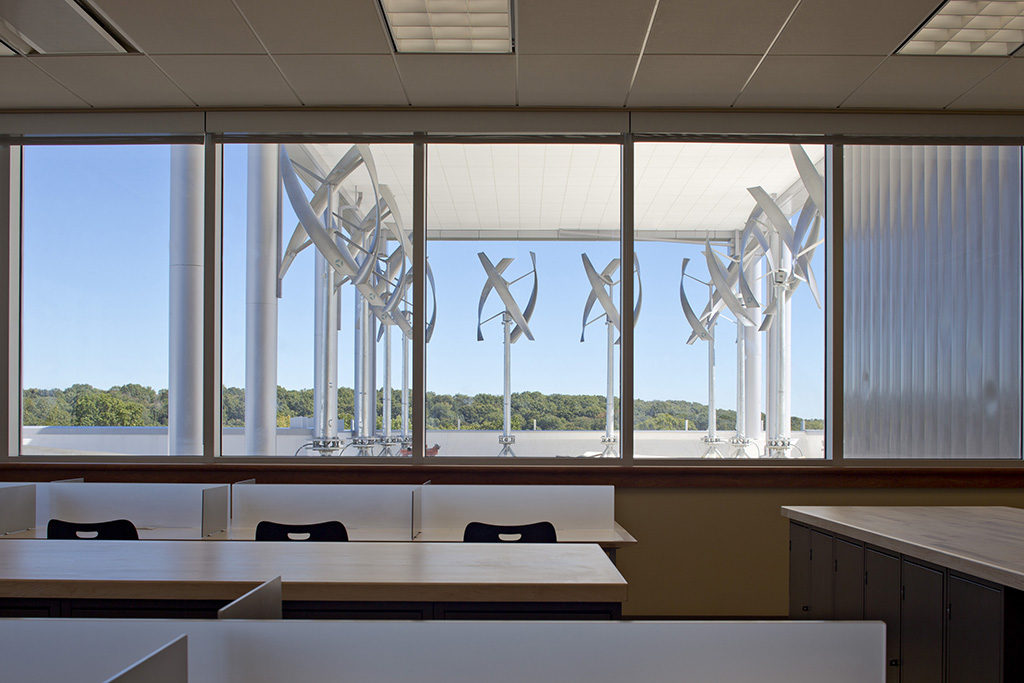 The school’s “Wind Porch” sits above the student entrance and is visible from indoors. Credit: © Robert Benson

In 2016, JCJ was recognized with the Association for Learning Environments’ (A4LE) MacConnell Award for its design of Fairchild Wheeler. This prestigious award recognizes a comprehensive planning process and responsive educational design that serves the needs of students, educators and communities. The project is the first in New England to be accorded this honor.

More information and video content can be found by visiting the school’s website at http://fairchildwheeler.org or by visiting JCJ Architecture at https://www.jcj.com/project/fairchild-wheeler-inter-district-magnet-campus/. 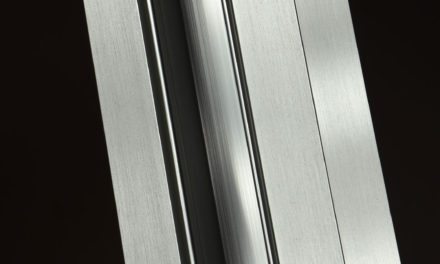 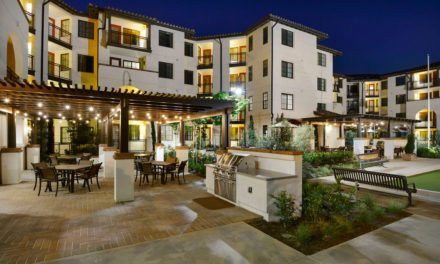 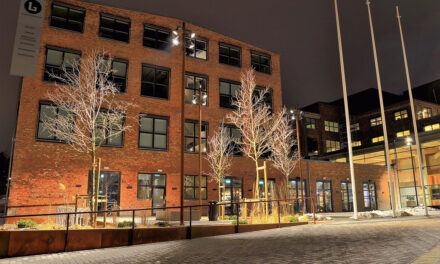 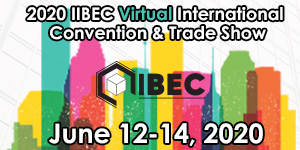 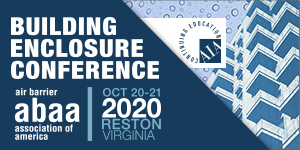 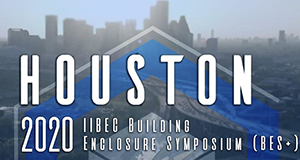 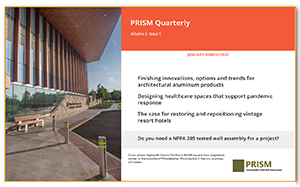