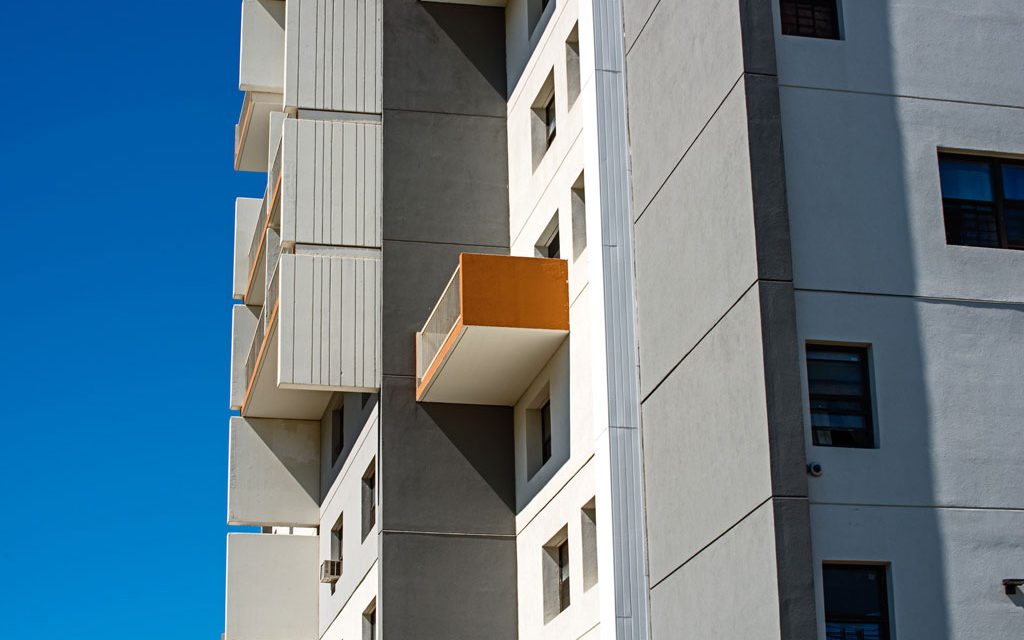 Sto Corp. was chosen to help revive the former Ocean Village, now Averne View, with StoTherm Lotusan NExT®, a system that provides both energy efficiency and curb appeal. Courtesy of Sto Corp.

Ocean Village was a series of 11 dilapidated buildings, which sat on the Rockaway Peninsula of New York with a beautiful view of the Atlantic Ocean.  Now, after years of decline, the concrete clad 1,000+ unit apartment development has become a new showcase for the area, thanks to a $60+ million repair and a team effort put together by L+M Development, which included Sto Corp. and its energy-efficient, eye-catching cladding, StoTherm ci Lotusan®.

As far back as 1970, the low-income housing complex was becoming an eyesore, and then was subsequently damaged by the destructive effects of Hurricane Sandy.  Occupancy rates were dismal. Not only did it look damaged, but the buildings were rotting away.

According to Sto Corp.’s Daniel Canova, there were a couple of initial project goals, with a priority on improving the energy efficiency, as the buildings had no insulation – just the concrete walls.  In doing so, this would also improve occupant comfort.  The other goal was to enhance aesthetics – to change the institutional look of the buildings, which certainly did not inspire the residents, and redevelop the complex, improving occupancy as the project progressed.

“The buildings were deteriorating,” said Canova.  “The salt air was taking a major toll on this complex, including rusting rebar (also known as reinforcing steel), cracking and spalling concrete, and the owners and builders knew the deterioration had to be stopped.”

The 2014 rebuilding project began in the most rundown, vacant apartments, and a year later, all units were completed while its occupants continued living there.  Now, renamed Averne View, the complex is a vibrant nexus of business and pleasure, with studio to five-bedroom apartments, 27,000 square feet of on-site retail and a day care center. The unsightly cold concrete has been covered with an energy efficient continuous insulation wall system, complete with an air and moisture barrier, and a beautiful self-cleaning finish from Sto Corp. 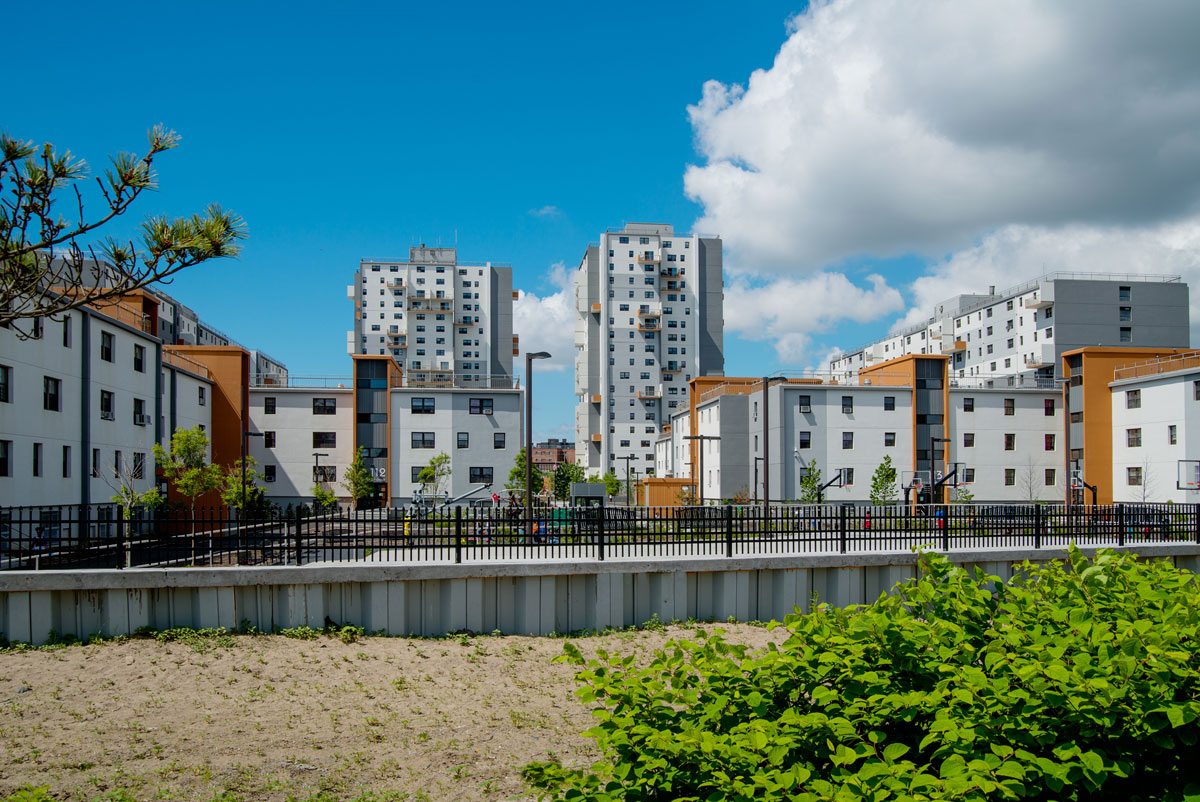 Bogdan Malinowski, owner of one of the firms involved in the application process, M&A Projects, Inc. says, “We had never used StoTherm ci Lotusan before and we found it to be one of the best systems out there.”  Bogdan and his team were responsible for approximately 150,000 of the 700,000+ square feet of overclad.  There are 19 stories in the high-rise sections of the buildings, and they worked on two buildings at the same time.  One challenge was safety, and the construction team was able to make sure everyone and everything remained safe during the application process.

Cost was also a factor, and the EIF system gave the owners what they were looking for and also served as a good fit.  The system gave the building a protective skin, added the insulation that was needed, and the finish will keep the building cleaner and more beautiful in years to come. The cost savings doesn’t stop with the overclad.  The system will give the owners a return on investment in utility bill savings over the years. The system’s effect is like wrapping the building in a thermal blanket, plus it doesn’t take away square footage from inside of the building. For the first time in years, the former Ocean Village is beautiful inside and out.  The residents are proud to live there, and it boasts drastically improved occupancy rates. 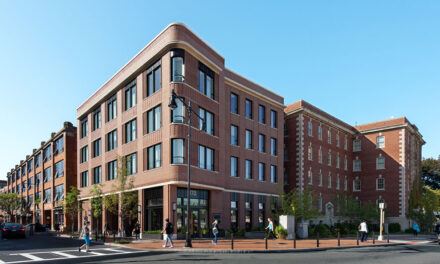